To the north-west of Bulgaria and near the western slopes of the Balkan mountains, lies the beautiful village of Belogradchik and some amazing rock formations called the Belogradchik rocks.

The rocks are said to have been formed since millions of years as a result of erosion and other natural activities. I have seen a lot of natural rock formations but the ones in Belogradchik were really unique. 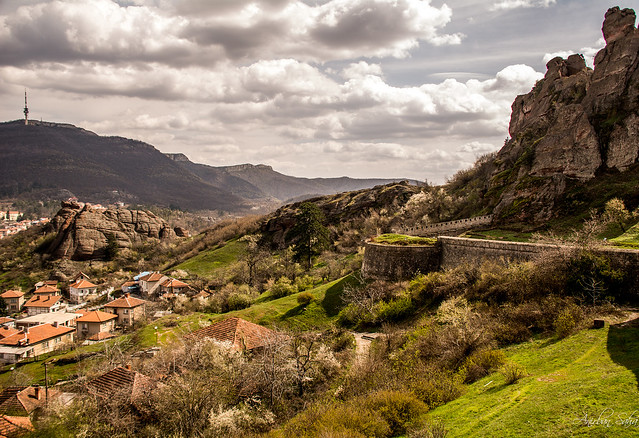 The village sits quietly among few smaller rock formations and its view from Belogradchik fortress is amazingly beautiful. 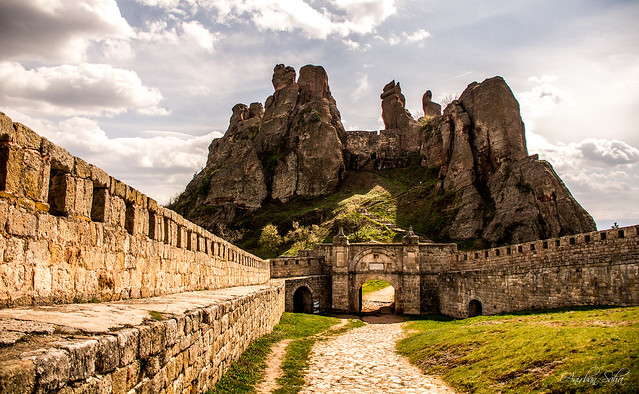 Belogradchik fortress, was built as a stronghold and surveillance point among the natural protection of the rocks. It is said to have played an important role in the Ottoman suppression of Bulgaria. 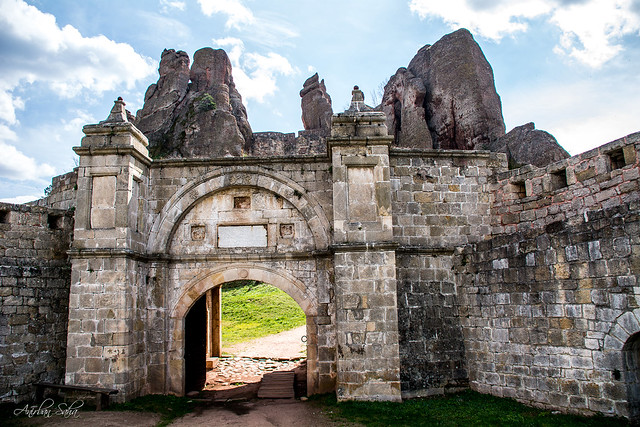 Due to the very strange and unique shapes of the rocks, there are various legends as to how these rocks were formed. Among them one can be found at the gates of the Fortress. 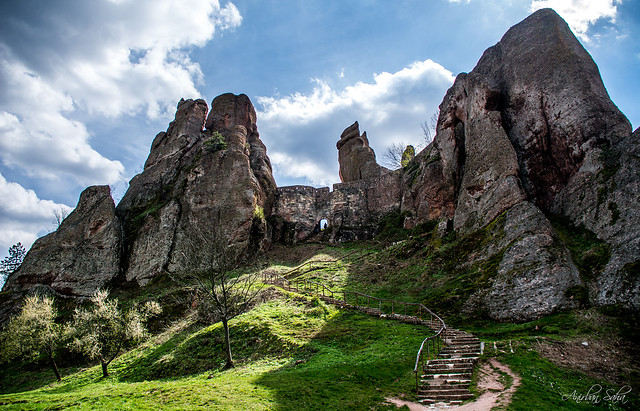 Once there was a beautiful nun who lived in a nunnery and the place also had a monastery. She was forbidden to have any relation because of the path she had chosen. However, she met a young patrician during a festival and they both fell in love. 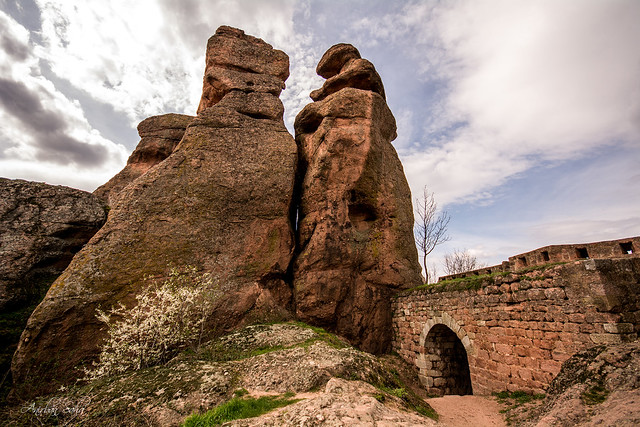 Their relation could not be kept hidden, and the cries of her child could be heard one day. The nuns and the monks could not accept this and they decided to expel her from the nunnery. She was treated with hate by everyone and she was forced out of the nunnery. 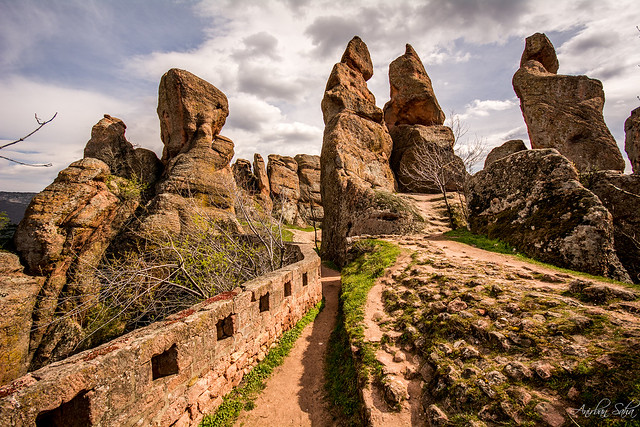 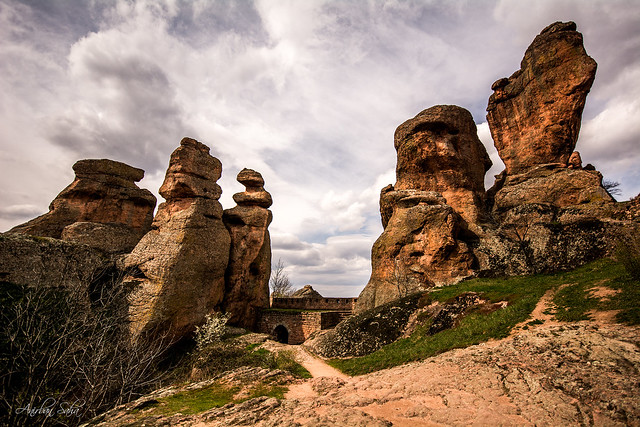 That’s when he skies went dark and there were frightening thunders. The monastery and nunnery were driven to the ground and the monks, the Madonna with her child, the patrician on his horse were all turned to stone. 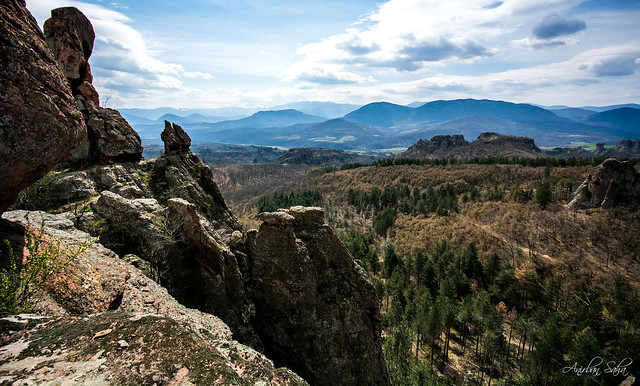 The different parts of the rocks are accessible and provide excellent views. 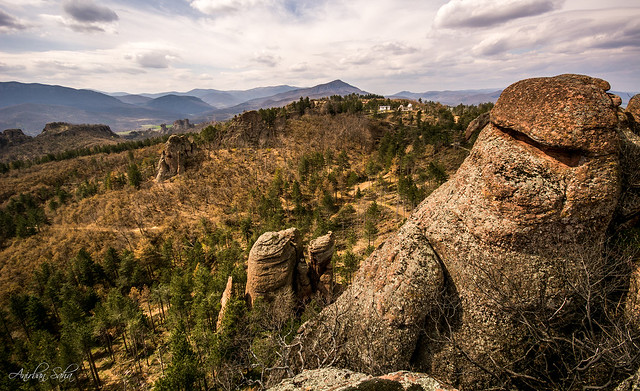 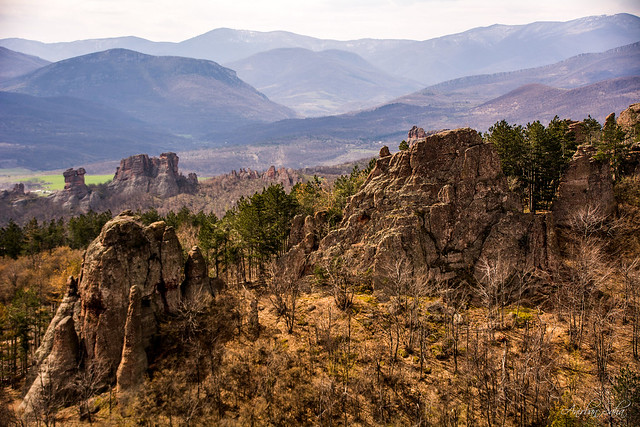 People in Bulgaria tie this type of red and white bands on the wrist of their friends when it is spring, wishing for their good health and prosperity. When person wearing the band finds a blooming tree, he/she takes it off and ties it to the tree. Sounds cool. 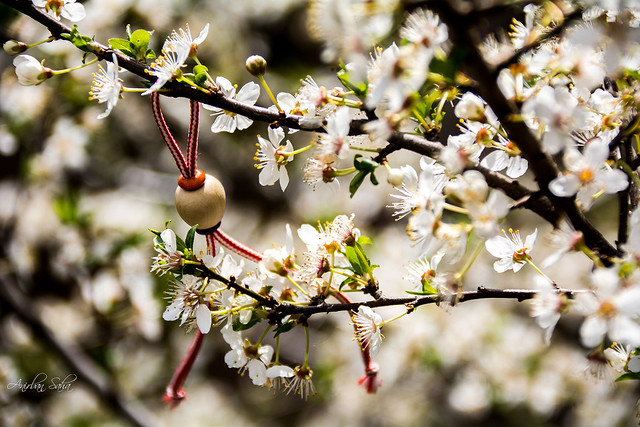 Being the end of March, although spring had already begun setting in, most of the woods was without green. However, it was a different kind of beauty. 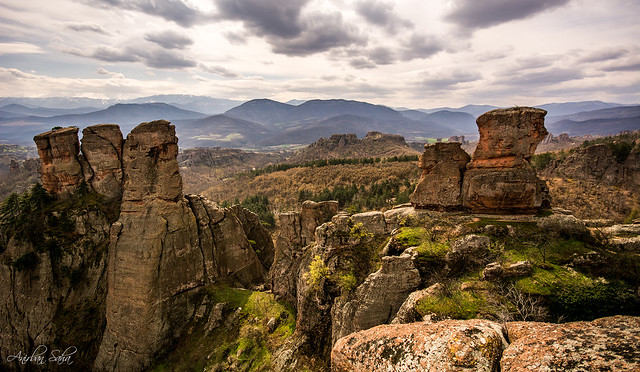 One can just stand here for hours watching the magnificent rocks among the woods and the unique patterns they create. We were told that often the whole place is covered by dense fog and absolutely nothing can be seen. Lucky us !! 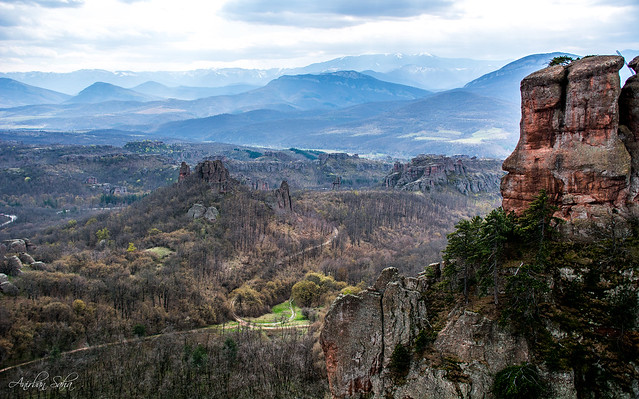 At times it sure does look like scene from a fantasy movie. 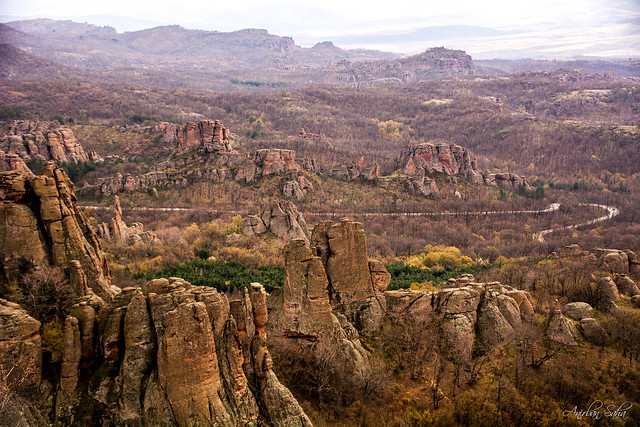 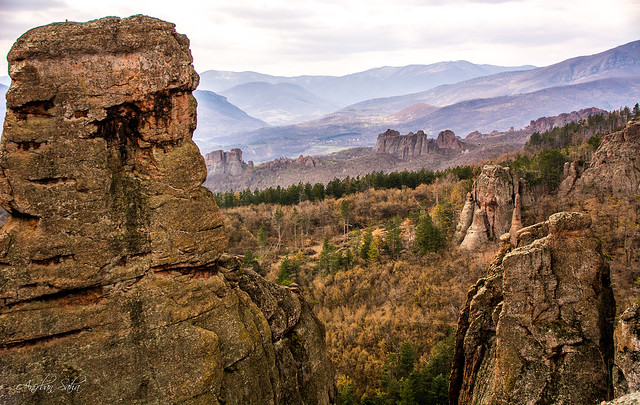 Although it is a bit far from Sofia, the main base for most visitors, Belogradchik is a must visit in Bulgaria and it will enchant you for sure.

7 thoughts on “Belogradchik – Rocks and Legends”